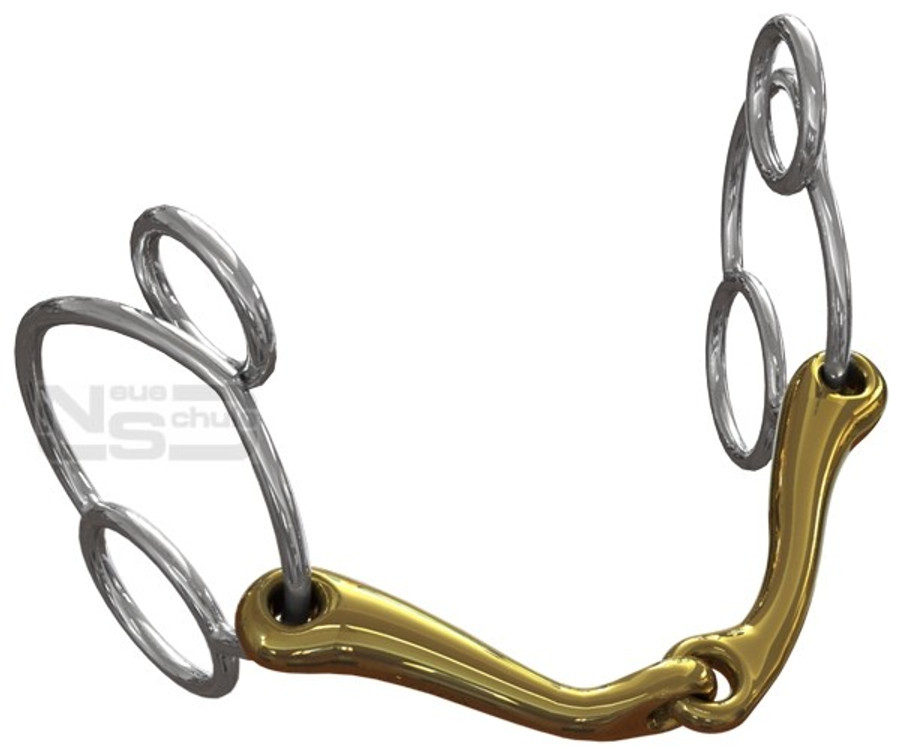 You spoke, we have listened! Now available due to overwhelming customer demand!

Demi Anky - Steady, consistent and comfortable!
- Neue Schule's single join style, which is ergonomically designed to eradicate the nutcracker action and subsequent problems a straight armed snaffle can cause.
- The curved arms eliminate upper palate interferance and also prevents it lying too far forwards in the mouth on the thinner part of the tongue.  The curve sweeps the rings away from the lips lessening the chance of pinching and rubbing.
- When a contact is taken a channel is formed for the tongue to lie in comfortably.
- This bit can be very beneficial for those horses that are very inconsistent with the contact, or for those horses that do not like a double join.

Offers control without discomfort or severity. Although single jointed, the NS Demi-Anky is ergonomically designed to eradicate the nutcracker action and consequent evasions that the traditional straight-armed single jointed snaffle often causes. It is brilliant for faster work such as jumping as you can turn much more easily. The Universal also helps to eliminate the head toss when asking for a downward transition, or shortening in between fences. If you need to upgrade from a snaffle, it is highly recommended as it offers varying degrees of control.